This fall, Lindley Clothing Co. in Omaha, NE will celebrate a huge milestone for any organization, but particularly for independent retail—80 years in business! Speaking with John Lindley, owner of Lindley Clothing, he shared some insights on his business, his philosophy, and what he loves about the industry he’s in.

John told us a brief history of the retail clothing business he’s been a part of for 35 years. His Grandparents first opened Lindley Clothing Co. in 1935 in Wahoo, NE, 30 miles west of Omaha. They ran the successful business with their sons, Bill and Jack Lindley. Bill was John’s father, and Jack (John’s Uncle, famously known as “Butch”), opened a second store in Omaha in 1960. John worked in Butch’s store starting in 1979, bought the business in 1988, and has been running it ever since.

John eventually moved the store north, where it now resides. This move gave Lindley Clothing an opportunity to do business in a higher end location, but also transition to a more luxurious sportswear assortment. For many years now, St. Croix Collections has been a big part of their offering. “I have a lot of respect for [St. Croix Founder] Bernhard Brenner,” John said. “He’s a great guy and really knows his stuff. He knows more about every one of those pieces of knitting equipment than anyone else.”

For Lindley’s, suits have always been big for them, but they also offered a sportswear collection that made up about 70% of their business. So when things shifted and people went to a more business casual way of dressing, it didn’t affect them. Today, John notices that younger men are starting to dress up more. They care more about quality. And a full 50% of his business is trim fit.

Personally, John said that his favorite thing to wear is a custom suit: “You can pick everything. The fabric, the details, and it’s tailor made to fit you. There’s nothing like a tailored suit.” For more casual attire, John likes to wear the St. Croix half-zip sweater. He also appreciates the “never roll” collars of our knitwear. “It’s all just high quality, which sells itself,” he said. “Quality always sells itself, where with junk—that you have to work to sell. But people remember and value quality. Some of our customers have had their St. Croix sweaters for 30 years.”

Selling is where John feels happiest and most comfortable. If he didn’t own a retail store, he said he’d be out selling something, somewhere. “If you can sell, you can survive anywhere.” 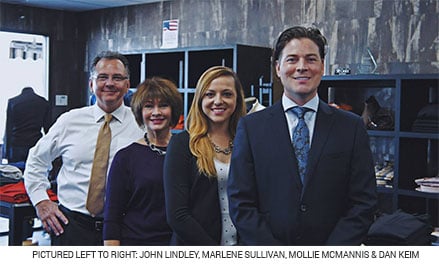 John and the small but mighty staff at Lindley Clothing do more than just survive. They thrive. They are a regular feature in the “most loved” retail stores in Omaha. John’s recipe for success is pretty simple: “Treat people the way you want to be treated, and treat everyone the same.” That straightforward but effective business philosophy has served them well. Lindley Clothing has a loyal following among its clientele, who, as John points out, are more than just customers. “I love being on the floor. I love to see our customers when they come in. We’ve built relationships with them, it’s all built on relationships.”

Eddie Gricius, St. Croix Sales Representative, echoes that sentiment, and has seen John’s philosophy in action many times over the years. “He’s just a special person,” Eddie said. “He’s service oriented, a great seller, and a hard worker. He really cares about his customers, and his customers love him.” In fact, building relationships comes so naturally to John, that he and Eddie have become good friends. “I respect him so much because he’s got a passion for the business and his family—it’s all important to him.” Eddie shared.

This October, to celebrate their 80 years of business and relationship building, Lindley Clothing Co. will be having a big, 10-day anniversary sale—and they’ll give away 80 items! Check out their website to stay up to date with the details of the sale: http://www.lindleyclothing.com/blog-fulton/

John feels strongly that the only thing they really sell is service, and they remain committed to serving their customers however they can. We wish them another 80 years as a successful, thriving, American-made business! 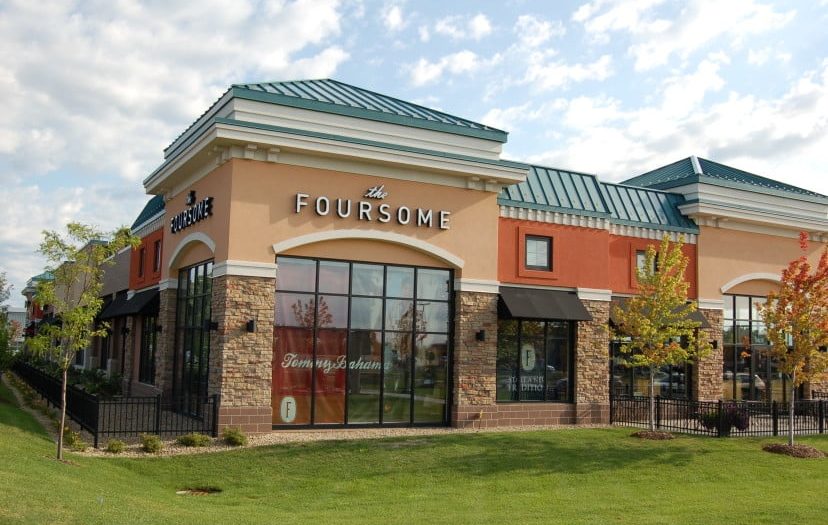